Abandoned auto shop (I'm guessing) Greenville, SC. These are from last year and it was torn down earlier this year

As far as I can tell, the Ryugyong Hotel in North Korea is the tallest abandoned building in the world. Construction started during the Cold War, but stopped in the early 90s due to a number of problems in the country. The reinforced concrete structure, over 1000 feet tall and holding nearly 4 million square feet of space, has laid empty for about 15 years now. And there have been no windows or interior fixtures installed to date, either. The original construction crane even remains perched high on the rooftop.

I've never been there, but I can only imagine what it would be like to explore it. All of the concrete slabs exposed, columns holding up the building, a huge construction site frozen in time. Anyone ever been there?

Here's some random photos, thanks to Google. 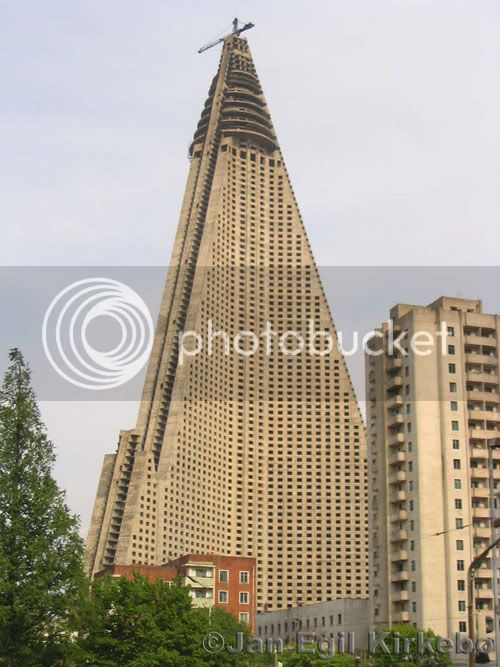 if anyone wants to check out a big photo show, come out next thursday in toronto!
i have some urban decay photos in there...