This is a house just off Rainier Ave. in Seattle. The story goes that the guy who lived here was on a plethora of psych meds, and slightly less heart meds. One day he was screaming at his next door neighbors and throwing things at them. They called the cops after they had had enough of it, and in response he lit his house on fire from the inside and stayed there until the authorities came. They put him in the mental asylum, and released him the next day.

Nobody knows where he is now.

Lately the local hooker has been sleeping on the small front porch. I believe her name is Hamburger. 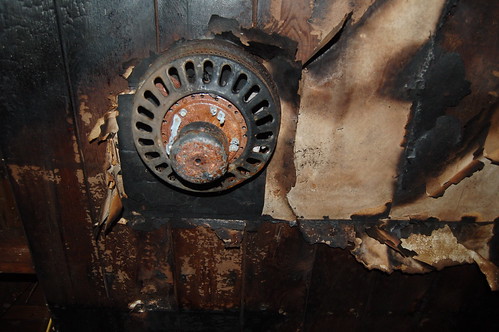