Found another one....loading dock was wide open, so my buddy and i trudged down a dug-up street in the mud and rain to check it out. We got covered in mud, water and dust, but that's how we like it.

So this past weekend I had a chance to Explore the Abandoned Ford Assembly Plant that was officialy shut down in late 06 but still has had people on site in some capacity ever since. ESPECIALLY security! =P

The place is HUGE and while she has been standing empty for a couple of years now it looks like a shift just ended and people could return froma break at any moment and start up the machinry and start building the Taurus's and the Sables again.

Well almost, While a vast amount of the factory equipment and machinery has already been stripped out and sent to other Ford Assembly plants, and everything else in the building will be recycled now. Including the building! The developer is very "Green" minded where possible.

The demo has already started on the factory as they were working on it when I was there, In another week there will be very little left of the old girl.


But now on to the photo's 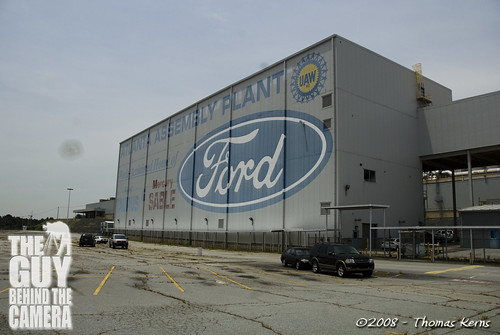