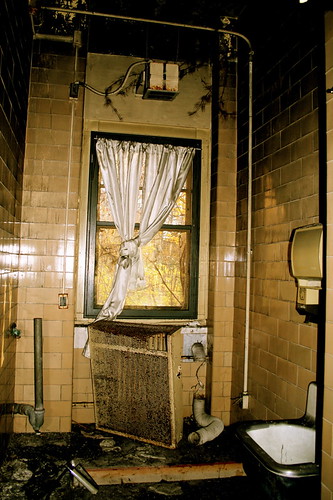 In 1908, the Pennhurst State School and Hospital started up in a small Pennsylvania town to help people with mental and physical disabilities. Both adults and children were housed in this sprawling campus, most were sent here by their parents, and some never came back to see their children. The patients would be separated by their intelligence level in different buildings; some could almost function on their own, and others could not feed or bathe themselves. The most severely stricken patients would lie in cribs all day, barely able to move or roll over.

The constant attention needed for the patients was a very difficult task to begin with, but when overcrowding became apparent, the care and living conditions became appalling. Some patients learned how to get attention from the staff by smearing feces all over themselves, forcing the attendants to spend some quality time cleaning them off, as reported by Lou Chapman. Lou was a woman who worked for the Human Rights Committee who volunteered to stay in Pennhurst for 48 hours, living among the patients to witness their treatment. This event, which occurred 6 years after the lawsuit against Pennhurst, was of course made to look better than it really was... patients were dressed in their own clothes, with brand new shoes, and the ward where she stayed seemed overstaffed. Click here to read her report [ Adobe PDF Format ].

The class-action case against Pennhurst State School was ruled by U.S. District Judge Raymond J. Broderick in 1977, where the institution was found guilty of violating patient's constitutional rights. They were beaten, sexually assaulted, and isolated for long periods of time, causing them to regress farther and farther into a mentally disturbing state of mind, instead of being bettered by the school.

Eventually, the entire facility closed in 1987 after a de-institutionalization process lasting a few years had moved the "clients" to other facilities.

An ex-patient, Roland Johnson, writes about his incredible experiences at Pennhurst in his autobiography, Lost in a Desert World (1994).

But I didn't get hit with a broomstick, a broom handle. It was other people got hit. Patients would get hit. These was patients that could not take care of themselves, they couldn't talk for themselves, they was like low function -- they would get hit. I don't know why. Don't ax me -- I don't know what in the world they would hit them up for, the reason. So, I was pretty nervous, being on a punishment ward. That's when I thought that things wasn't right for me. I was very scared, very frightened, very like -- suicidal. Why I was there at Pennhurst? I was going suicidal of myself; take my life. But something said, "You don't want to do that; you got a lot to offer." And I didn't. So I had a lot of frightened, scary moments.
Collapse