We explored our first haikyo (ruin) yesterday. It's a hotel in Kobe that was abandoned quite a while ago. Here are the photos! 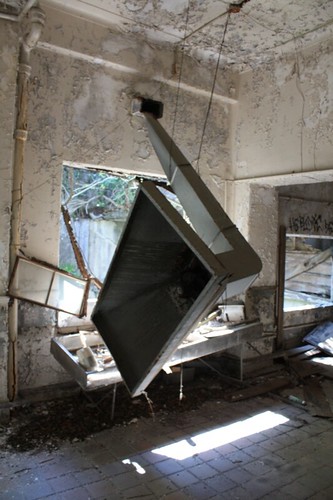 Some history on the hotel, as far as I can tell from the internet: It was built in 1930. It was shut down when the cable car service was suspended (the metal was needed for WW2!), and then it never really recovered, apparently. There was a fire in the kitchen, then it was turned into hotel training facilities, and then it was damaged in the Hanshin earthquake and abandoned. But since it's a solid mass of concrete, most of it is still safe to explore.
Collapse