At a certain point at exploring the inside of this building, I had the distinct impression of being in an old school, but thought, "Nah...they wouldn't turn an old school into a performance theatre."

I was wrong. That's exactly what they've done.

According to a volunteer, they are consistently working on renovating the building, and the inside architecture is as beautiful as many old theaters, particularly in San Francisco. I mean really, we have some pretty spectacular ceilings in this city -- keep looking up! However, the reliefs, pagan-like old men with their leaf mustaches were my personal favorites. Additionally, there is still plenty of the building that (to my joy) has been left exactly as it would have appeared in the 1920's; this decrepit bell & it's connecting door being a sliver of that fact.

Inside, it's plush and intimate, yet large enough to hold 1,600 seats.

urban_decay: In fact if possible, I'd love a "school" & "sign" tag, as those are some of my favorite decay objects; "mural" might be good too. Thank you. 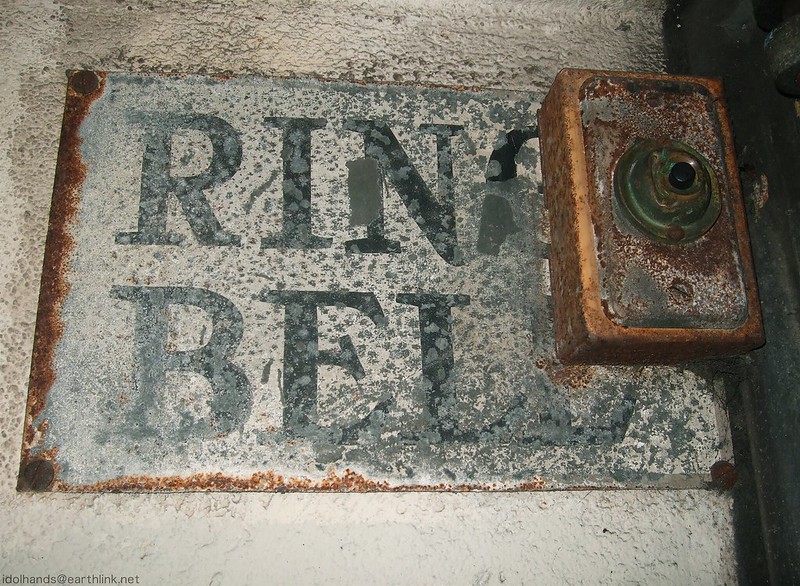